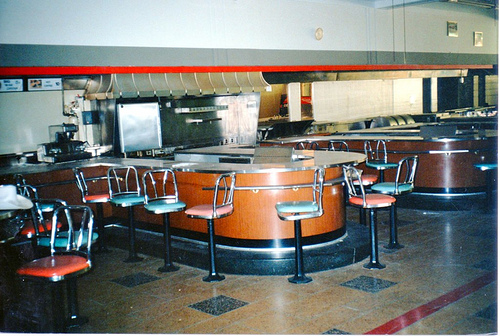 I happened to watch The Butler the same day I read about the “Black Brunch” protests, and I couldn’t help but see some obvious parallels—but the protesters aren’t going to like them.

Let’s go back in time for a minute here. The protests depicted inThe Butler occurred in February of 1960, in Greensboro, North Carolina, at a Woolworthss lunch counter. Some of that is going to be confusing to those of you who weren’t around for that period of history. First off, Woolworths was a drugstore that had a lunch-counter in it. The store had a desegregated goods counter and a segregated lunch counter.

Maybe I should explain that, too.

In the United States at that time, particularly in the South (which was run entirely by the Democratic party, by the way), public spaces were generally segregated. For you millennials, that means Black people and White people could not sit together, drink from the same fountain, ride in the same section of a public bus, sit on the same benches, or do just about anything which would involve Whites and Blacks standing or sitting near one another. This was legal. In fact, it was not illegal until 1964, when The Civil Rights Act was passed by Congress, with 80% of Republican and 63% of Democratic votes in the House and 82% of Republican and 69% of Democratic votes in the Senate.