Posted by lisa on Jul 10, 2013 in Political Cummins and Goings 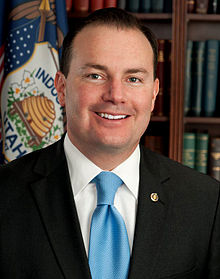 In a backstage interview at Freedom Works “Free the People” speaker series, Senator Mike Lee came in and talked with bloggers, about what is next on his agenda.

His answer was that “The President has motivated me to run a new piece of legislation. I think when he suspended the application of the employer mandate he did something that necessitates a prompt response on the part of Conservatives in Congress…. He lacks the power to just amend Obamacare. He can’t just amend it and what he’s doing isn’t authorized by the text of the statute. So he’s breaking the law that he pushed through as his signature legislative accomplishment.”